Hot on the heels of several large scale marches that took place around the world in support of women’s rights comes the joint report of the House of Commons Petitions Committee and the Women and Equalities Committee, regarding high heels and workplace dress codes

You may recall in the news last year the story of the agency receptionist, Nicola Thorp who was sent home for refusing to wear high heels at work. The agency had a dress code which required female staff to wear heels that were between 2 and 4 inches tall.

The resulting media interest in this case led to many conversations over whether the policy was contrary to discrimination law and whether it was a step back in equal rights for women at work to require them to wear heels at work.

The discussions led me to remember my days at middle school in the early 1990’s. I went to a school which, when I started, had a uniform policy which prohibited girls from wearing trousers. Being the sportier and less girlie type of 11-year-old I was one of many who objected strongly to this inequality, particularly during cold winters! Eventually the powers that be relented and girls were allowed to wear trousers. I am sure there are few schools (if any) operating this same inequality, but apparently it appears to be continuing in some work places.

Highlights from the report

1. Probably the key takeaway from the report, is one which is fairly obvious to us employment lawyers, and that is that it is already unlawful to require an employee to wear high heels at work (of course, if it only applies to women).

2. Although there is protection from discrimination and such detrimental dress codes covered by the Equality Act 2010 it is difficult for women to utilise and apply the law and there are areas of uncertainty for employees.

3. Medical evidence supports the fact that prolonged wearing of high heels can damage health and wellbeing.

4. Employers should undertake a Health and Safety Risk Assessment for all employees, and this includes an assessment of the damage or potential risks of dress codes including wearing high heels at work.

5. There should be further investigation into how the law is applied and the number of cases which have failed because women have been unable to show that the dress code is ‘less favourable’ to them compared to male colleagues.

6. The ACAS guidance on dress codes should be reviewed and revised.

7. The government should develop a campaign to raise awareness with employees as to their rights and ability to bring claims if their employer is operating a discriminatory practice.

So what does the law currently say?

The applicable law here is contained in the Equality Act 2010 which prevents direct and indirect discrimination because of gender.

Direct discrimination occurs where an employer treats an employee ‘less favourably’ because of their gender.

For example, when it comes to dress codes an employer can apply different dress codes for men and women as long as the standards are equivalent and there is no detrimental treatment of one sex.

Indirect discrimination occurs where an employer applies a provision, criterion or practice which disadvantages an employee when compared to a colleague.

For example, where an employer has a dress code which places women at a particular disadvantage compared to men

With indirect discrimination if the provision, criterion or practice can be justified by the employer as a legitimate and proportionate means of meeting an aim or objective then it will be permitted.

How does it apply to this case?

In the case of a dress code which prohibits women from wearing flat shoes and men are allowed to wear flat shoes it is arguable that the dress code is less favourable to women as wearing high heels can be uncomfortable and damaging to their health, as outlined by the House of Commons Petitions Committee and the Women and Equalities Committee joint report.

In the same way it could be argued that not being prohibited to wear flat shoes places women at a disadvantage to men as they are not able to move around as quickly in high heels as a man in flat shoes.

Since this issue was highlighted in the media last year and more recently with the publication of the report I have heard several stories from women of various ages and stages in their career about ‘dress codes’ that were express or implied into their workplace. These include women who have been told they must wear make up to work, who were told they must dress more feminine for certain sales meetings, who have been told that skirts and heels are a requirement for the job.

I was also told about one person who was afraid not to wear make up to work as it would affect her chances of promotion over her other female colleagues who wore make up. There was somehow a perception that she could not have been as good at her job if she did not have make up on!

Yes, some of these are more historic instances but others are more recent and highlight that this is clearly a continuing issue.

Fortunately, the Employers I work with do treat their employees equally and have good policies and procedures in place to ensure that they act fairly. Aside from the legal risks of getting this wrong there is also the reputational risk with your customers and clients and with potential future employees.

As with many employment issues it is often not the actual Employment Tribunal claim that will cost an organisation the most but rather the impact it has on their reputation.

The report is due to be debated by parliament on the 6th March 2017, and the government will publish a response within 2 months.

We will have to watch and see if any of the recommendations or highlights from the report are acted upon.

1. Check your own dress code or employee handbook to ensure that it treats all employees equally;

2. Even if, on the face of it, your policy does not discriminate is there an inferred standard within the business that may put women at a disadvantage;

3. If you are in any doubt seek advice and an objective view;

If you would like help with your Policies, Procedure or Handbook please do not hesitate to contact me.

In addition to offering a fixed fee service for the work undertaken I also provide various levels of monthly HR & legal support services which include work on your handbook and procedures.

Don’t forget getting advice from a Solicitor does not have to be complicated or costly!

Would you like the latest news & best practice for employing staff, direct to your inbox?

Sign up to my newsletter and you will also receive 10 easy to implement tips for happier staff.

Please do not worry I will not send you spam! 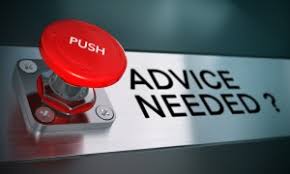 ke advice about your situation?

Appointments are available on the telephone or via Skype throughout the UK.

Alternatively I offer face to face appointments on the Isle of Wight, in Eastleigh, Southampton, Fareham, Portsmouth, Winchester and surrounding areas in Hampshire.

The information contained in this blog post is provided for guidance and is a snapshot of the law at the time it is written. It is provided for your information only and should not be used as a substitute for obtaining legal advice that it specific to your particular circumstances.

The guidance should not be relied upon in any decision making process. It is strongly recommended that you seek advice before taking action.

Have you got any questions about this article?

By continuing to use our website you will be agreeing to the Website Terms and Conditions and the use of cookies while using the website and our services. Please read our Privacy Policy under which, to the extent stated, you consent to the processing of your personal data. The content of the Privacy Policy has recently been updated to reflect recent legal changes (the General Data Protection Regulation) and describes how we handle your personal data including the legal basis on which we do so and to provide more information regarding your rights.I acceptRead more